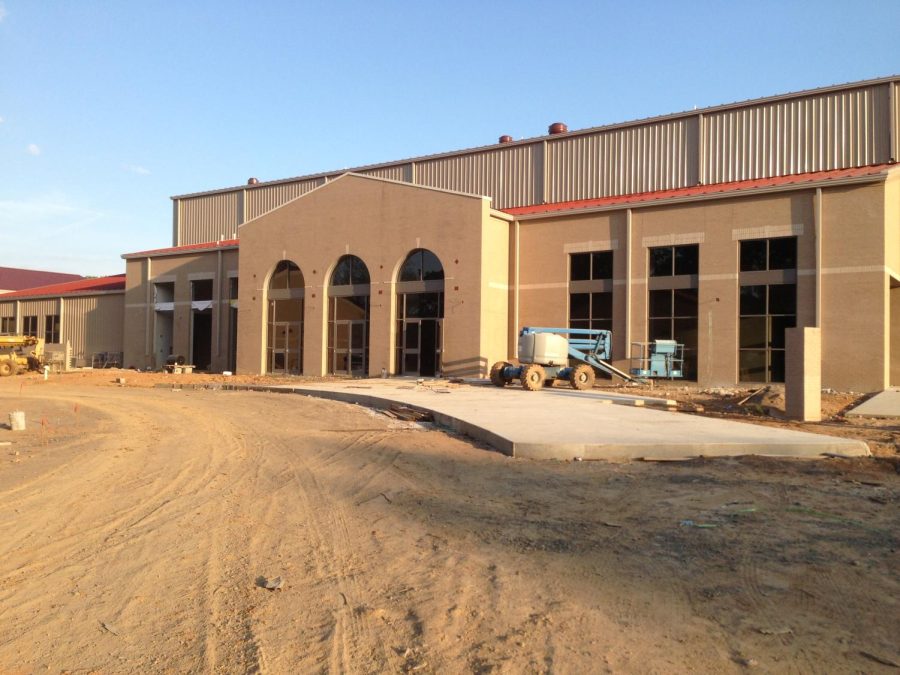 Many students and faculty aren’t aware of what great pride and appreciation that the building means to the school and community.

For those of you who don’t know, The Gina Cox Center was an immense and huge donation made by the one and only Gina Cox Wiertelak. Mrs. Gina Cox began attending Lonoke Schools in first grade and at the time lived on a small farm, 6 miles south of town. She would ride the bus back and forth to school. It wasn’t until Mrs. Gina was in fifth grade, that her parents built a house in town and therefore when she officially lived in town. Gina is a fourth-generation Cox. She stated, “I’ve been in the Lonoke community long before I was even born!” Growing up, she attended all the school sporting events with her mom, Jessie, dad, Darrell, and brother, Randy. She knew very early on that sports were close to her heart and something she desired to play.

Gina Cox played basketball in seventh through twelfth grade. She expressed that those were the years that she truly learned the importance and meaning of teamwork. Gina has always had a heart for all sports. She described the impact that the Lonoke Schools has had on her, by stating, “I truly believe the teachers, coaches, administration, as well as my parents and faith in God enabled me to strive for all things in my dreams.”

Mrs. Gina talked to her husband, Jim, very often about her years of playing basketball and how much she loved it. Jim, also known as Grumpy, was the one who came up with the whole idea of the multipurpose building and he planned everything out. Planning began around May 2007.

Her husband sent a letter to the superintendent of the school, at the time, Mrs. Sharron Havens. He discussed with her about making a significant donation, however, he would need the help of the community. Mr. Jim requested two things: “the girls and boys facility be the same and the name reflects ‘Gina Cox'”, if this became fruition. A few years passed, and the plan was finally falling into place. Dr. John Tackett created what they called a community committee, which included religious leaders, school board members, and many more. The purpose of this was to inform the community of the importance of a multipurpose facility, as well as to get the word out of what was coming. Mrs. Gina stated, “A special election was held for the community to vote on a mileage increase-of which passed-if I remember correctly-75 to 80% yes and 20 to 25% opposed.” It was in 2011 that there was a 2.95 mileage increase to help fund the project. In addition to that, the state funded the project with a $1.8 million grant. They also used this funding for the cafeteria addition, which originally wasn’t in the plans. It was at that moment that everything began. They worked with Lewis Architects Engineers. Engineers, architects, builders, and more went to work!

After 18 months of building and designing, the Gina Cox Center held its grand opening. Mrs. Gina and her father, Darrell Cox, shot their first baskets ever in the new gymnasium. The Gina Cox Center held its grand opening on August 10, 2013. Gina Cox stated, “…it was a WONDERFUL celebration for the Lonoke schools and community!” Mrs. Gina’s first event to attend was the first annual Goldfish Classic basketball tournament in late December. She described her feeling as, “As I sat on the southwest corner of the building and opposing basketball teams entered the arena-it was the best feeling watching the players and coaches looking in amazement and I could hear them saying, “wow-look at this place”!” “I am VERY proud of our community, schools, teachers, coaches, etc.” she continued. Throughout the 8 years of the Gina Cox, the facility has held numerous events that included cities and communities all over the state of Arkansas, athletics, dance recitals, graduations, school lunches, band concerts, and many more. Mrs. Gina emphasizes her appreciation for everyone taking such great care of the building.

She is determined to leave a long-lasting legacy within the Lonoke schools and community. Mrs. Gina Cox wants others to know that upon her time to go be with the Lord, she wants to have a celebration of her life, emphasizing ‘a big fun party’, in the Gina Cox Center. She also highlighted that basketball events were a must at the party, including free-throw contests, 3 point contests, and more. She also mentioned that the band would perform music, in addition to that the fine arts students will display their artwork. She is forever devoted and dedicated to her school and community, and it truly shows, inside and out. 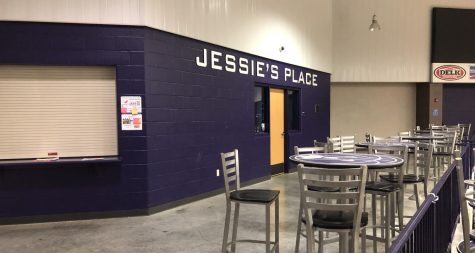 The Gina Cox Center has many iconic and meaningful additions that many people aren’t aware of. One in which is very meaningful and special to Gina’s heart. During the building process, Mrs. Gina Cox’s sweet mom, Jessie, passed away very unexpectedly. She attended the ground-breaking ceremony but didn’t get to attend the grand opening ceremony before she went to be with the Lord. She was unable to see the final product of the building, however looking down, she was mesmerized. Gina stated, “One of the most fun things she enjoyed doing was cooking and sharing food with others.” The district needed funding for the video boards, so Mr. Jim stepped up and decided he would fund the project but highly requested that the concession stand be named in her mom’s memory-“Jessie’s Place”. And it was. So if you have ever wondered. So if you have ever wondered why the concession stand is called ‘Jessie’s Place’, now you know. ‘Jessie’s Place’ has lots of meaning behind it. 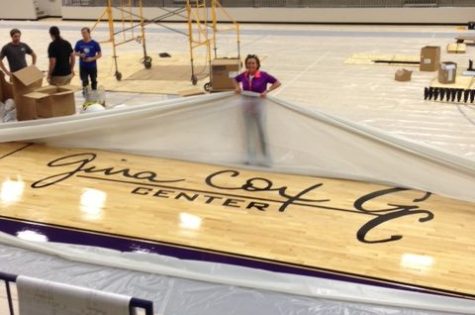 Another iconic and meaningful addition is the basketball court. On the court lies a fighting rabbit, as well as Mrs. Gina’s signature. Her signature makes her mark on the court.

Also, the three arches were preserved from the original high school, which was demolished prior. The arches are now a historic spot in Lonoke. They are also where many people take pictures and more. The arches have a celebratory type of feel to them.

In addition, in the entrance of the Gina Cox Center, there is a life-sized picture of Mrs. Gina in her jackrabbit basketball uniform. She was a part of the state championship-winning Lady Jackrabbits basketball team in 1977.  She also played basketball for Lonoke, for six straight years. The multipurpose facility serves as a gymnasium, an auditorium, cafeteria, as well as band and choir rooms. The Gina Cox Center’s maximum capacity is up to 2,040 people. It also has seven completely functioning dressing rooms, along with two video boards.

The Gina Cox Center has served numerous purposes. Besides that fact, the Gina Cox Center and Mrs. Gina Cox Wiertelak have left a lasting legacy on the Lonoke School District and the Lonoke community. If it wasn’t for Mrs. Gina and Mr. Jim, there wouldn’t be a nice multipurpose facility for sporting events and ceremonies to be held, with air conditioning. Mrs. Gina Cox and her husband have provided an extremely nice facility, and it is our job to take great care of the building.