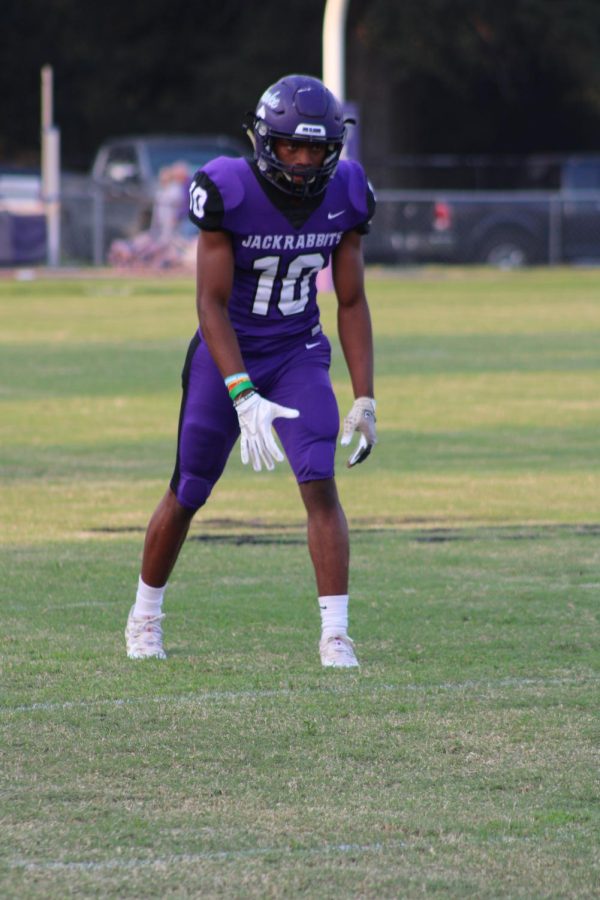 The Lonoke Jackrabbits showed up and showed out in the non-conference game against Memphis Business Academy at the James B. Abraham Stadium, Friday, September 16th, 2022. At the end of the first quarter, the rabbits were ahead 14 to 0. Lonoke took over in the first half scoring a total of 45 points, ending the second quarter with a score of Lonoke 45 to 0. The third quarter ended with a score of Lonoke 45 and Memphis Business Academy 6. Lonoke dominated and took home the win in the non-conference game, 52 to 12.

Junior, Tom Boatright, successfully attempted a 36-yard field goal in the late first half. ¨It was an adrenaline rush…it was my first field goal attempt of the season so it was very nervewracking,¨ Tom described. Head football coach, Chris Norton, mentioned that Tom´s field goal was a highlight of the game. ¨Tom and the entire special teams unit was a highlight of the night,¨ stated Chris Norton. Norton expressed that the team gained confidence from the win. He mentioned, ¨I´m hopeful we can continue to build on that improvement over the course of the season.¨ Senior, Tayler Coffey, states, ¨I felt menacing in the end zone as I stood there with the opponent’s ball in my hand, that I took with my one hand. My broken hand did not stop me from achieving my goal.¨ Despite Coffey´s injury, he made big plays in the game. ¨…Tayler Coffey was big, he scored twice – once off a blocked punt and once off a fumble recovery, ¨ Norton explained. Senior, Landon Jones, managed to catch a touchdown pass and junior, Charles Hunter, made several plays, which Norton believes will carry over into the remainder of the season. The football team´s big plays are what led them to the win.

The football team is already preparing for their next game against Riverview. Coach Norton suspects that Riverview will play with the same game plans as Memphis Business Academy did. Norton said the football team will have to work on the offensive line and, ¨…continue working to create depth on the defensive line and at linebacker.¨ The pressure is expected to be high defensively by Riverview. ¨We´ve got to continue working to become a more disciplined football team – do our job, focus on our assignments, cut down on penalties, etc.¨ Coach Norton plans. Coach Chris Norton has high hopes for the upcoming game against Riverview. The LHS football team plays Riverview at the James B. Abraham Stadium, Friday, September 23rd, 2022, kick-off is at 7:00 p.m. The purple pit theme is white-out. Come out and watch the Lonoke Jackrabbits take on the Riverview Raiders!